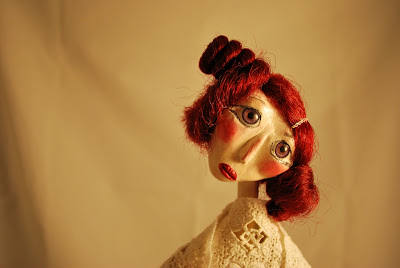 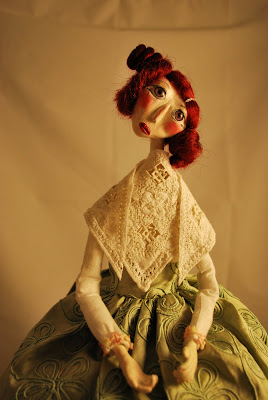 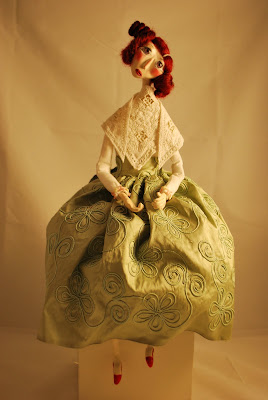 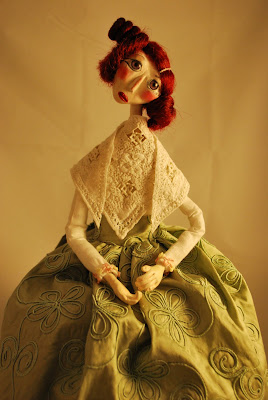 Anna, a British governess is hired by the King to teach his many children about the world. She is a strong willed intelligent women, and does not submit to the King as his many wives do. She is as the King wanted her to be, "a scientific person". The children and the many wives call her "Sir" because she is scientific, not lowly, like the women at that time. She eventually wins the Kings approval, even love. She did so with her womanly charm, rather than her scientific logic.
Anna's Story is based on The King and I.

Her little hands, the gentle look on her face and what fantastic fabric, she is so so lovely.